The 0.9.14 release of CARLA has landed and we think you’ll be just as excited as we are about it!

At CARLA, we are scaling things up! The latest version of CARLA brings a brand new Large Map, with an unprecedented scale and level of detail. Town 12 is 10x10 km2 and boasts a diverse range of environments from urban high-rise to rural corn fields. You’ll be amazed by the size and detail!

Continuing with the theme of scaling up, 0.9.14 now supports multiple GPUs for setting up high-performance CARLA workstations.

N-wheeled vehicles are now supported by CARLA’s engine, enabling users to import models of heavy goods and industrial vehicles with 3 or more axles.

And last but not least, version 0.9.14 comes with numerous fixes and improvements. CARLA now has an Ackermann control built into the API, vehicle objects now have additional attributes to help filter and organise them and the Traffic Manager has new functions to offset the vehicle from the lane center.

We hope you enjoy reading about CARLA’s latest features!

Town 12 is the newest addition to the CARLA asset library. Leveraging the Large Map functionality introduced in CARLA version 0.9.12, Town 12 boasts a diverse range of highly detailed environments including the following regions:

Town 12’s central business district is a large area of high rise skyscrapers arranged into blocks on a consistent grid of roads, resembling downtown areas in many large American and European cities.

The high density residential areas of Town 12 have many 2-10 storey apartment buildings with commercial properties like cafes and retail stores at street level.

The low density residential regions of Town 12 reflect the classic suburbs of many American cities, with one and two story homes surrounded by fenced gardens and garages. 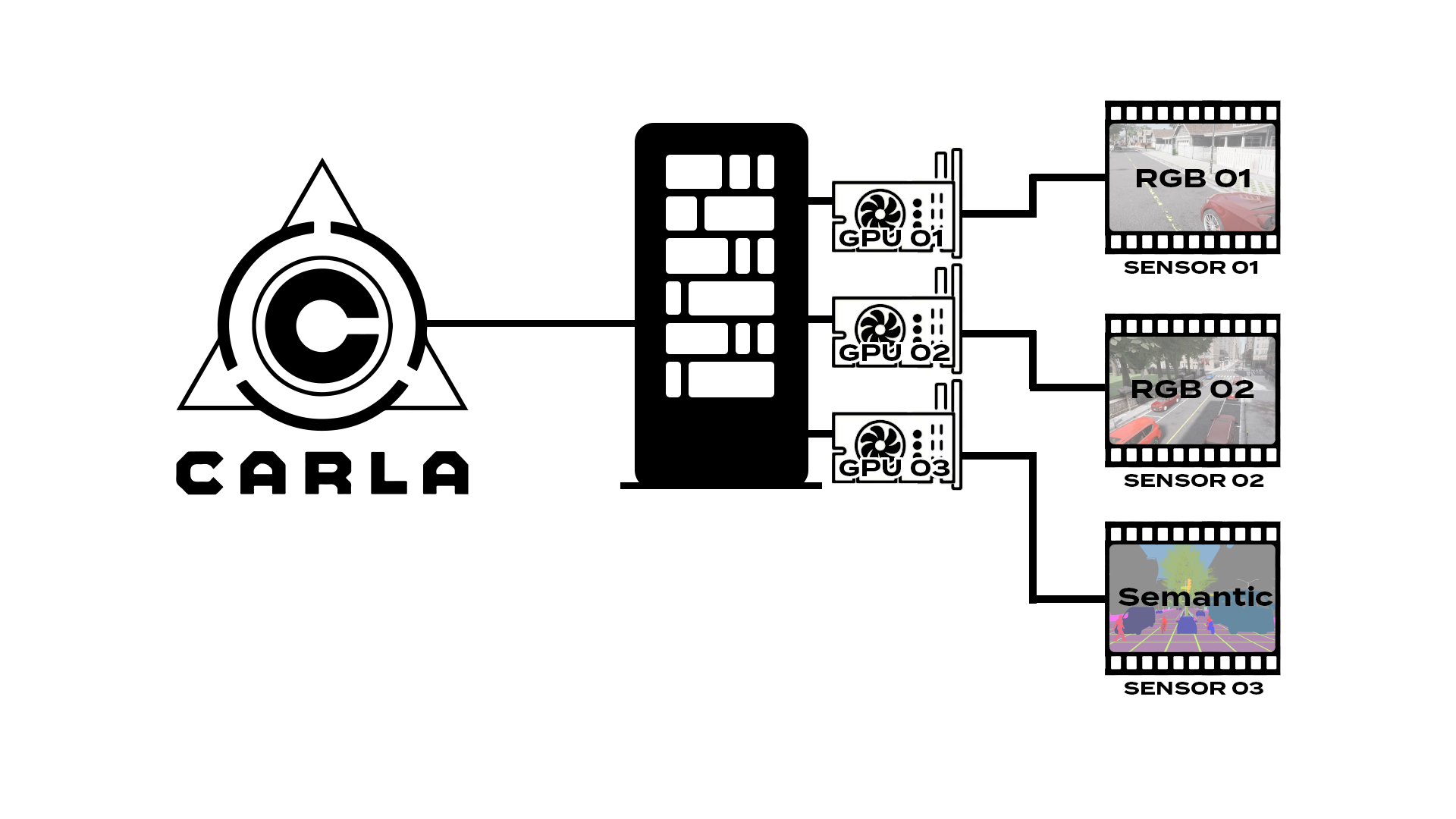 The CARLA simulator can now be distributed across multiple GPU devices. Multiple synchronized instances of the simulator can be run on different GPUs, with the sensor workload distributed evenly over the graphics cards. High performance CARLA workstations can be built using multi-GPU server hardware.

CARLA’s semantic classes are now fully compatible with the Cityscapes ontology. We have included 5 new classes for extra ground truth fidelity, assisting in the classification of different types of vehicle. The semantic class list now includes separate classes for cars, trucks and buses, along with new classes for motorcycles, bicycles and their riders.

The semantic class list has 5 new members and associated colors:

The CARLA garage presents a brand new public transit vehicle. The Mitsubishi Fuso Rosa is a widely used 20-25 seat bus, used by both private travel companies and public transport authorities around the world with tens of thousands produced every year. 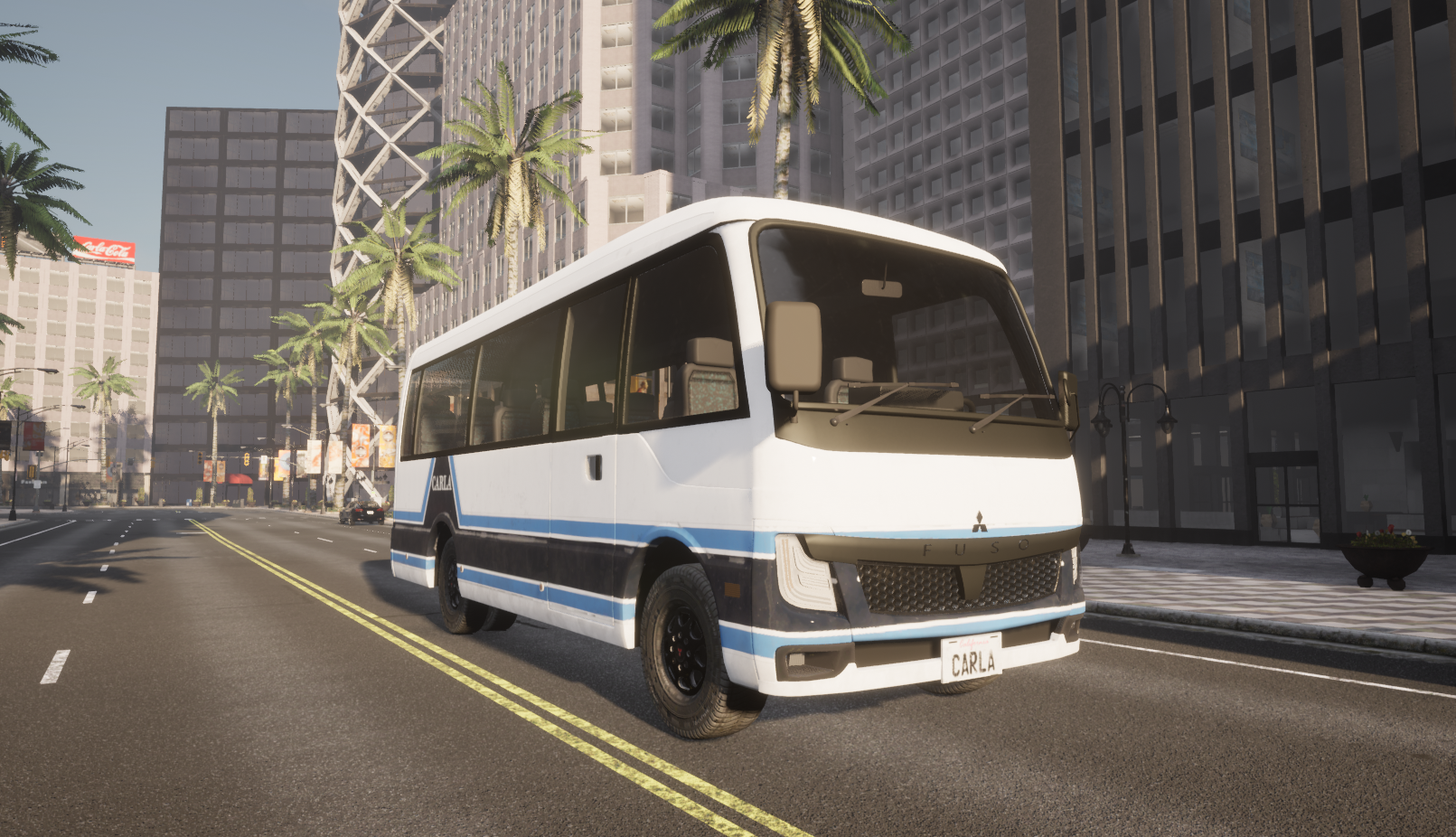 CARLA now supports vehicles with more than four wheels. Users can now develop models of heavy goods and industrial vehicles with 3 or more axles and import them into CARLA. 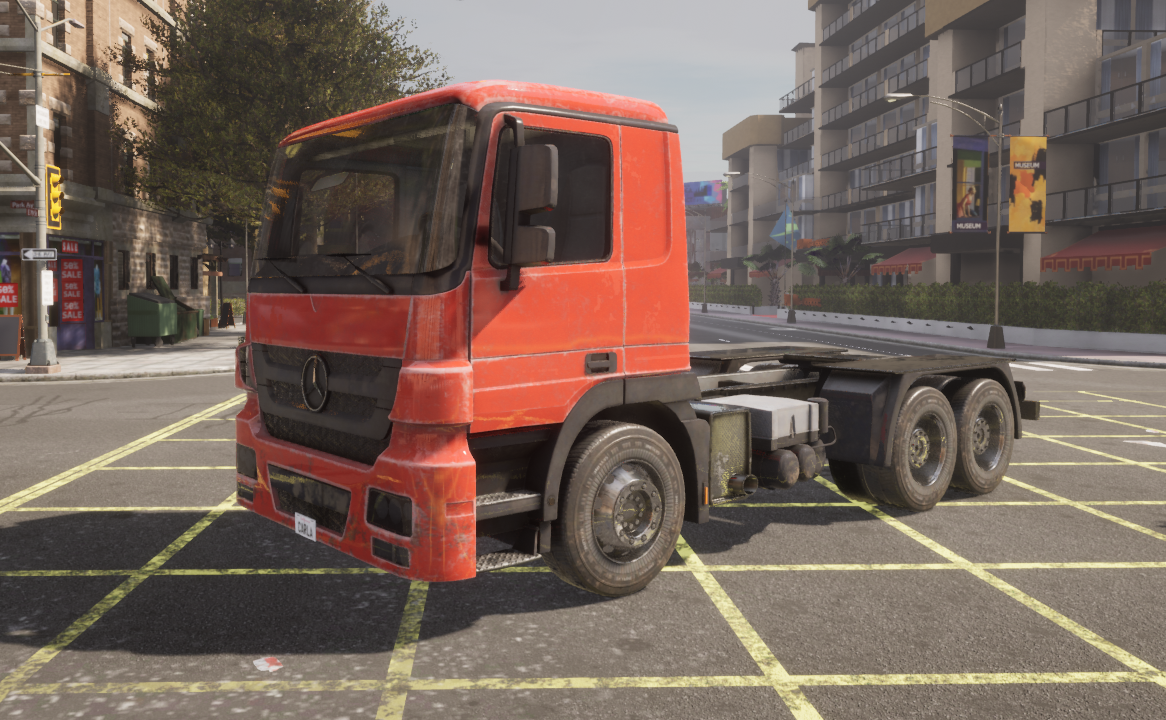 CARLA camera sensors can now simulate the distorting effects of rain and dust contamination of the lens, adding an extra level of realism to your training data and presenting challenges for testing your AD stacks with imperfect data.

As with every CARLA release, we continue our efforts to improve the workflow and fix bugs. The following are some key improvements and fixes:

Vehicle blueprints now have new attributes to help organize and filter them better:

The CARLA API now has methods for applying Ackermann controls to a vehicle:

The Traffic Manager has new methods to offset the vehicle from the lane center:

Other fixes and improvements: