We are proud to announce the new features included in CARLA 0.9.5!

This release adds many important features and improvements to CARLA. Let’s take a detailed look at what’s new!

Since we had a limited OpenDrive parser, there was a need to expand it.

We always try to avoid changing the Python API where possible but in this case, it was necessary.

The GlobalRoutePlanner class can be used to dynamically compute trajectories from an origin to target waypoints, as shown below:

Where route would be a list of tuples, containing waypoints and topological commands. These topological commands serve to indicate the high-level actions that an actor should take in order to get to the next location, such as TURN_LEFT or TURN_RIGHT.

In this release, the global route planner has received the following updates:

It’s time to take a bucholic trip to the countryside! We have listened carefully to our users and we are proud to unveil Town07, the first rural setting for CARLA! This town brings new challenges to test your negotiation skills such as narrow roads, fewer traffic lights and lots of non-signalized crossings.

We all love assets, especially when they are FREE!! This is why we want to emphasize that all our assets are open source and freely available (under Creative Commons Atribution 4.0 International license). This empowers our users, enabling them to create their own environments and situations. And yes we want everyone to be aware of this so please spread the word! In this release we have added many new high-quality assets to our large growing library. We always continue to add new ones while polishing old ones.

Below are some of the new assets we’ve added in this release: 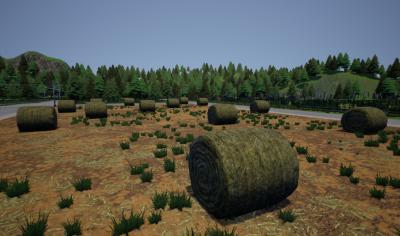 Our content has a new home! All our assets have been moved from Google Drive to AWS and our build scripts have been updated to address this change. Our assets are now a lot more accessible. Instead of depending on the scripts to download the assets programmatically, they can now be accessed manually with the AWS link. The link to the assets for each release can be found in the ContentVersions.txt file in the carla/Util folder.

We have made a few significant additions to the no-rendering mode feature. Maps will now more accurately reflect the data from OpenDrive and there is now more information available to the user for debugging.

Here are the main updates: 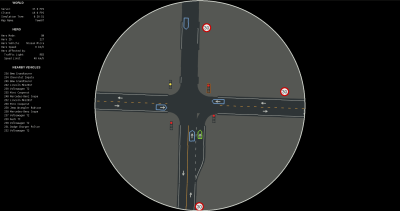 In the previous release, we introduced a new GUI application for updating OpenDrive files with traffic sign information. This tool serves an important role in our process for creating a map outside of the Unreal Editor. Once the user has exported the FBX and XODR files from RoadRunner, they can load the map into this application, place the traffic signs and export the changes to the XODR file. They can then run our Python script to produce an Unreal Engine umap asset from the FBX and updated XODR (See here). This map is then ready for use with CARLA. We have plans to update this application in the future to do a lot more! 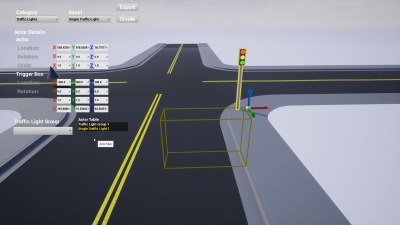