What better way to round off the year than with the release of CARLA 0.9.11?

In this release there has been a big focus on improving determinism, with the goal of making CARLA more reliable and stable. Traffic Manager can now be used in full deterministic mode, and even the animations used in pedestrian collisions (rag dolls) are deterministic by default.

CARLA 0.9.11 brings many fixes and updates of critical features. The PhysX Vehicle Manager has been enhanced to provide more realistic wheel rolling physics and accurate collisions. We have extended the maps API to provide the ability to toggle on and off every environment object individually. We also have new versions of all our maps, in which users can load and unload the different elements of the map by layers. The ROS bridge has plenty of improvements too, most notably the ability to spawn new pseudo sensors, which allows the user to visualize and collect ground truth data.

There have been several new additions to the CARLA ecosystem too. We are proud to present the new integration of CarSim (in beta). This is a powerful and high-fidelity vehicle dynamics simulator that allows users to perform realistic vehicle dynamics simulation of a specific vehicle model.
We are also excited to announce the integration of the Scenic traffic scenario specification language (in beta). And finally, we have added four new vehicle models to the blueprint library!

Here’s a rundown of the features that come with CARLA 0.9.11:

The model controlling the interaction between vehicles’ wheels and surfaces has been upgraded, fixing an important problem that was causing wheels to intersect solid objects. Users will now have the option to use a new model, based on sweep collision control. Sweep collision control allows for all possible contact planes along the wheel to be considered and thus ensure a smoother drive over obstacles and bumps in the scene. No more sudden jumps nor sinking into the curb!

Sweep collision control can be enabled using the following code:

You can get started straight away with the manual_control.py example script.

Read more about the PhysX implementation of sweep queries here.

New versions of all our maps have been released and boast some additional features. The new maps (identified with the suffix “Opt”) have the same layout as previous ones but they are now divided into sublevels. This allows users to load and unload maps layer by layer, providing additional control over the performance of the simulation. The available layers are as follows:

Warning! Sublevels are only available in the "Opt" suffixed maps

Users can now toggle individual environment objects in both old and new maps. Each object in the environment has a unique ID that can be fetched and used to turn that object off and on.

Collisions with pedestrians trigger a set of animations to simulate damage. Traditionally, these animations have been directly controlled by Unreal Engine, which introduced a source of stochasticity. In this new version of CARLA we take direct control of the rag doll animations, making them deterministic by default. Deterministic rag dolls can be toggled via the deterministic_ragdolls variable in the carla.WorldSettings class. When set to true, pedestrians have less realistic death animation but determinism is ensured. When false, simulation and collision are more realistic but determinism is not ensured.

CARLA’s showroom now boasts 4 new vehicles! This brings the total number of available vehicles in the blueprint library up to 31. With these latest additions you can now take a spin in our brand new Lincoln MKZ 2020, Mercedes-Benz Class C Coupe (by Fran Ruiz), Dodge Charger 2020 (by Martín Danlos) and Dodge Police Vehicle! These vehicles have been designed using new materials, with the goal of increasing the visual quality of the models. 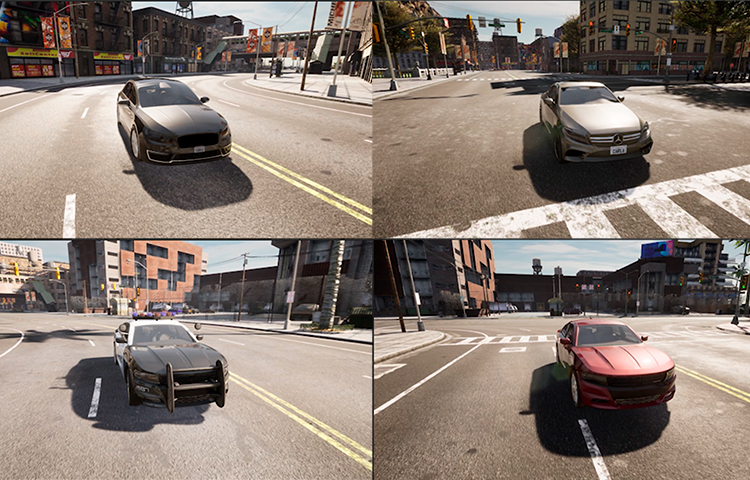 We have developed an updated synchronisation pipeline that improves server-client communication and removes the frame delay present in previous versions. 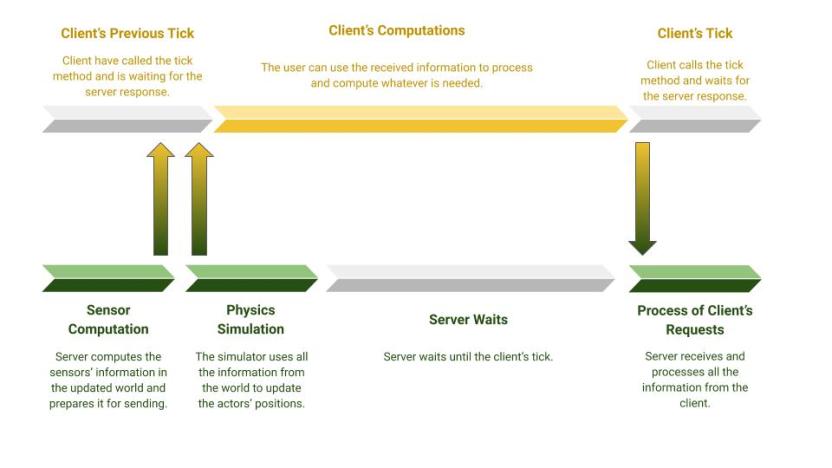 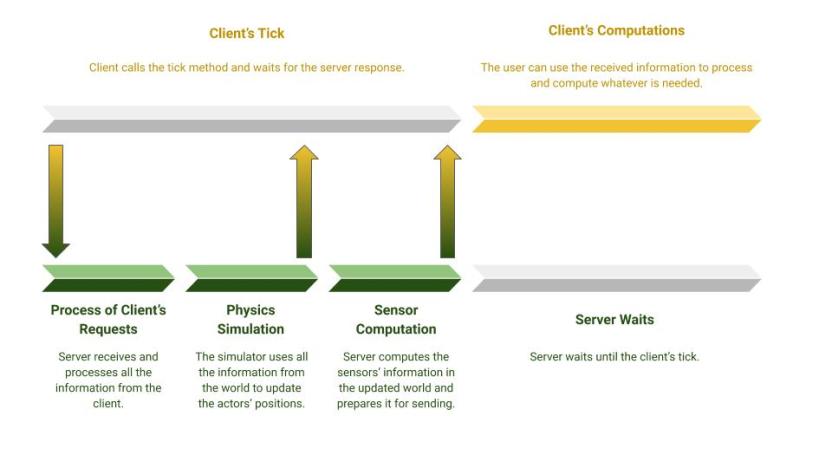 We are happy to announce the beta integration between CARLA and CarSim. CarSim is a simulation tool from Mechanical Simulation that performs highly accurate simulation of the dynamic behavior of passenger vehicles and light-duty trucks. Using a 3D multi-body dynamics model, it reproduces the physics of a vehicle in response to different controls (steering, throttle, braking, gear shifting) from a driver and/or automatic agent. This integration enables co-simulation between CarSim and CARLA, allowing users to create CarSim vehicles, taking control over dozens of parameters, including suspension system, tires, and many more.

This first integration is great news for users of both CARLA and CarSim as it paves the way for the most powerful features of both platforms to be combined. Multiple vehicle simulations with collision capability on complex maps can be run in CARLA and then data can easily be analysed with CarSim’s highly specialised vehicle dynamics tools.

If you are interested in learning more about CarSim before using it with CARLA, they have a great 2 part introduction to the tool on their YouTube channel.

We are also proud to announce the integration of the Scenic programming language in CARLA. Scenic is a domain-specific probabilistic programming language specifically created to easily define traffic scenarios. Our ongoing collaboration with the Scenic team will allow for straightforward definition and execution of traffic scenarios using CARLA. As part of the advantages of Scenic, we would like to highlight the capability of creating multiple and diverse instances of the same scenario from a single scenario definition. This will help users to focus on the generation of new traffic scenarios, reducing the amount of effort required to create variations of an existing one.

Below, there is a code snippet of Traffic Scenario 03 from the CARLA Autonomous Driving Leaderboard created with Scenic. Here we are using Scenic to create a situation where a pedestrian crosses the road unexpectedly and the ego vehicle is required to react safely.

Execution of the script is easy and you can see some command line options in the Scenic documentation here. The following is an example of how we can run the above script:

Watch this space for updates and improvements on our integration with Scenic and in the meantime, take a dive into the Scenic syntax and explore all the possibilities!

There have been quite a few improvements made to the ROS Bridge-CARLA experience. A new internal structure has been developed to ease the integration of the ROS bridge with external tools. Actors can now be spawned and destroyed using ROS services, so we have added the SpawnObject and DestroyObject services. Now that actors can be spawned and destroyed in this manner, users can define pseudo sensors. Pseudo sensors are much like normal sensors but instead of existing in the CARLA context they are developed directly in the ROS Bridge. This extension brings much more control over the data collection process, as each user can define exactly what pseudo sensors they want to use.

The pseudo sensors available are:

Here is an example of how pseudo sensors can be defined:

We have added a passive mode to the ROS Bridge to ease the integration of external tools when having multiple CARLA clients running at the same time. When enabling this mode, the ROS bridge stays passive and other clients have the responsibility of ticking and configuring the world.

Finally in the ROS improvements, the DVS Camera and the Semantic LIDAR are now fully integrated in the ROS-Bridge.

This space is dedicated to all of those whose contributions were merged in any of the project’s GitHub repositories during the development of CARLA 0.9.11. Thanks a lot for your hard work!